Library. The word has always held a special spot in my life. I remember getting my first library card at the Buena Park Public Library. It looked very much like this one, inserted into the machine to be run against the lined 3 x 5” loan card that lived in the book’s pocket, then the due date slip was stamped clickety clunk telling me when I was to bring the book back. If I forgot to return it on time, or renew it, I would face fines, something I quickly learned to avoid at all cost. 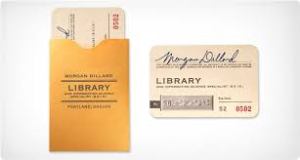 This vivid memory was triggered by a beautiful new book, The Public Library: A Photographic Essay that I borrowed – don’t make me say it – from my public library. Photographer Robert Dawson has travelled around the country making evocative images of a variety of libraries, from the one of the nation’s smallest libraries, in Roscoe, South Dakota, now closed, 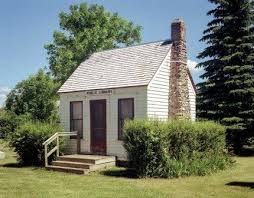 to (on the facing page) glorious edifices like the Handley Regional Library in Winchester, Virginia. 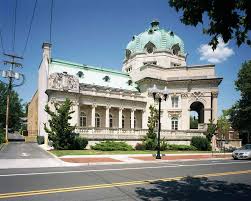 From bookmobiles to Carnegie Libraries, from well-funded new libraries to barely hanging on dilapidated ones, “from the plain and utilitarian to spectacular and over-the-top.” And the personal essays by the likes of Amy Tan, Barbara Kingsolver and Ann Patchett, among many others, have also inspired me to compose one of my own.

A trip to the library meant a journey to other worlds, worlds that as a kid in suburban Buena Park I barely knew existed. I traveled to Oz, to the worlds of Isaac Asimov and Ray Bradbury, learned about the lives of Helen Keller and General Armstrong Custer. My dad took a class in film projection so he could borrow movies and a projector and screen them for us at home. If I close my eyes I can almost recall the day I wandered from the children’s section into the adult area, the day my world started to get that much bigger. And it has continued to expand ever since.

I treasure my journey from my first library at Buena Terra Elementary School, where my mom volunteered, through all my school libraries. After early jobs in bookstores, I landed a position at the San Francisco Art Institute’s Anne Bremer Memorial Library. Liking it there so much, I considered attending library school. I never anticipated becoming a professional librarian, but only thought U.C. Berkeley’s graduate program would teach me how to conduct better research. Before I even finished my coursework, I was offered a position at the San Francisco Public Library, and reluctantly left SFAI. I ran the library at the Academy of Art (then) College, then decamped back to the SFPL, where I eventually became Program Manager of the James C. Hormel Gay & Lesbian Center. I wrote about my love of working in libraries in “A Queer Career” which appeared in Liberating Minds: The Stories and Professional Lives of Gay, Lesbian, and Bisexual Librarians and Their Advocates (McFarland, 1997) and then again from a different perspective in “Gender Changer” in Out Behind the Desk: Workplace Issues for LGBTQ Librarians (Library Juice Press, 2011).

When I retired from that prestigious program, I accepted a paraprofessional, part-time position as Book Group Coordinator at the Jewish Community Library, transitioning from, as my boyfriend put it, “a professional homosexual to becoming a professional Jew.” What an education to be surrounded by Jewish learning, just as I was exploring my own Jewish identity. Much of my time was spent reading books as possible candidates for the JCL’s Book Club in a Box program. As I sat sipping tea and reading a new novel all afternoon in a comfortable chair I imagined my coworkers begrudgingly saying, “There’s Jim, hard at work.”

I am currently in four book groups (down from five), two that I facilitate (and for which I am remunerated) and two personal ones in which I participate. I love nothing more than being “forced” to read books I might not otherwise have known about, or finished, and then discussing (or sometimes arguing about) them with like-minded people. And as I wind down my professional career with books, I am currently assisting two local booklovers cataloging and inventorying their impressive collections. But mostly my time is now spent in my backyard with library books, reading voraciously.

Only now do I understand why, when exploring unknown cities or towns, I always look at their libraries. As Dawson’s book reminded me, it’s a clear indicator of a community’s priorities. I like to consider of all the kids, like me, whose worlds are being widened by committed professional librarians. And besides, librarians are often eager to offer a suggestion of where to stop for lunch.